For 10 years I’ve watched Jessica Turner exercise an empowering use of time. Nobody I know uses time with more efficiency and enthusiasm than my wife. I’ve often joked that Jessica accomplishes more in 2 hours than what I accomplish all day long. That’s an exaggeration but not nearly as much as I wished. Jessica’s approach to living life–how she uses time–is a pursuit that most definitely allows her to accomplish more with time than most of us.
But Jessica’s secret for living time well isn’t about doing more or wasting less, it’s about passionately pursuing time that’s set aside just for her, time that she uses to pursue her dreams, time in which she refills and relaxes, time that she carves out intentionally for making herself a priority.
That’s what Jessica writes about in her first book (released today!) “The Fringe Hours: Making Time For You.” #LinkInProfile

Jesus said that we are to love others like we love ourselves. But the fact is most of us do just that. Too often, how we love and care for our neighbors is often a reflection for how we love and care for ourselves.
Before writing the first word of The Fringe Hours, Jessica surveyed more than 2000 women, engaging them about the topics of time, passion, guilt, and much more, and what she found was that many women do not feel empowered to make themselves and their passions a priority. In fact, many said that putting themselves on their own priority lists caused them to feel guilty, selfish, and irresponsible. And yes, that’s sad but you know what’s even sadder? Many women said that their husbands or significant others did little to encourage them to make time for themselves; some women even suggested that their husbands might not give them permission to put themselves first. And though that saddens me greatly, it does not surprise me one bit.
For a variety of reasons, many of those surveyed felt stifled, empty, and uncreative. They felt too busy and too stressed. And while they often felt as though they served others well, they also felt unfree to serve their selves well.
This book is for all women, a book that will empower women to care for and celebrate themselves as well as they do others. 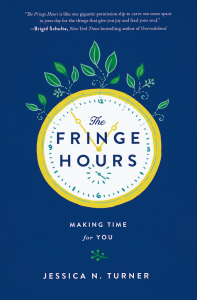